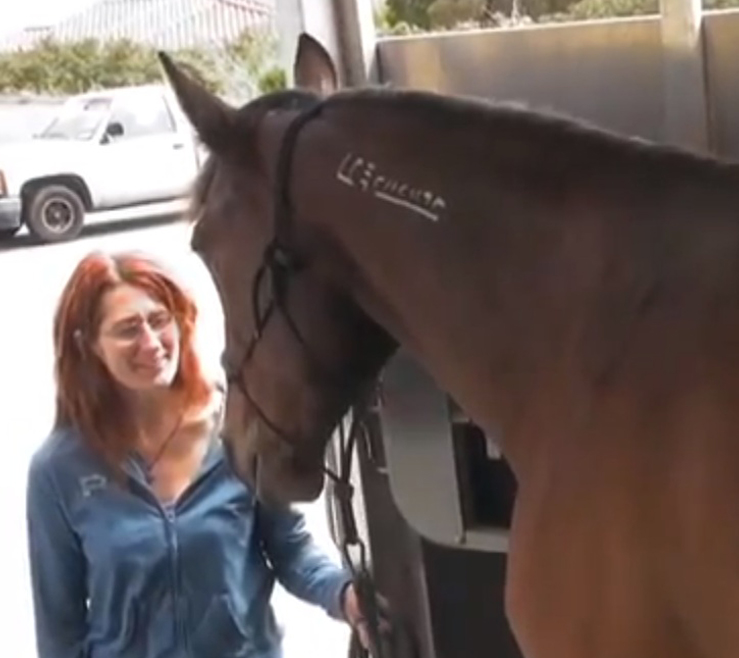 Today Taser learns how to self load into the trailer. I want to be able to stand outside of the trailer and send him in.

In the video, you see that Taser starts off not so sure of going in. Just like in the “Driving Game”, I lead with the rope hand, lift the wand and then swing it. These are cues that Taser knows very well and here they are being used to communicate to him as he gets over his fear of going into the trailer.

When the commands are given, note that I do not escalate to the next phase as long as he is moving or offering some kind of answer. The phases are always done in the same order; lead, lift, swing and touch. In this case, you will not see me moving to the touch phase because Taser was offering movement towards the correct answer during the swinging phase.

Another aspect needs to be revealed here about the release. As soon as Taser gives me any level of movement towards the right answer, I release the pressure. The more timely this is done, the better he understands that he did the right thing. Once Taser is in the trailer, I let him stand there not being bothered as a reward. This way he knows he gave the correct answer.

By the end of the video, after repeating this scenario several times, he is able to load directly in the trailer with very little asking. Bravo Taser!