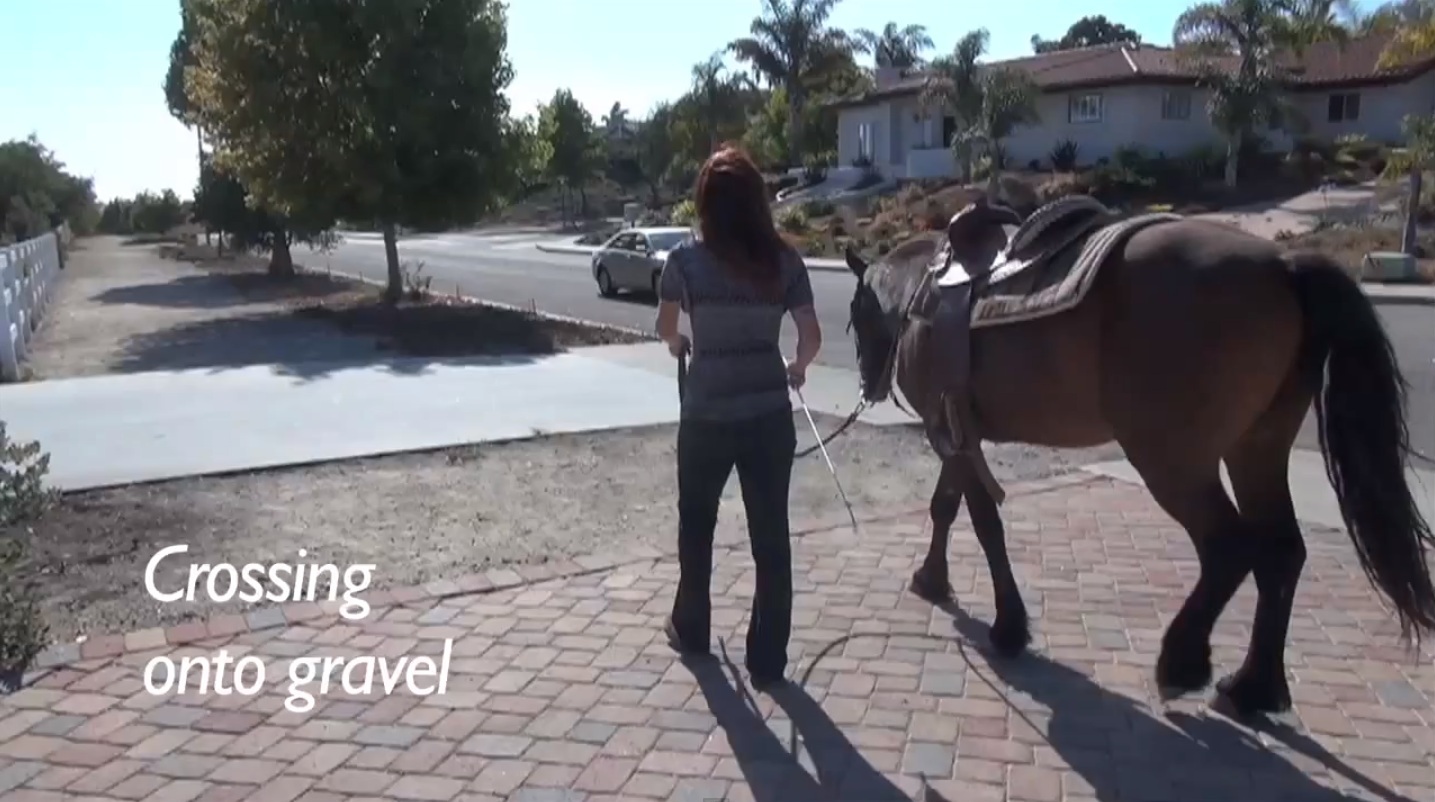 This is the first time that Taser, A.W.H.A.‘s project mustang, has taken a venture out into the neighborhood without any equine companions by his side to comfort him. The moments of truth.

Upon recent walks with his mustang friend, Juno, he moved along smoothly stopping occasionally to investigate curious objects. However, this time, it was a real test to see how comfortable he is on his own.

When I do this, Taser is not following me and has to overcome the obstacles along the path on his own accord, such as, walking on different surfaces, past to “scary” objects without spooking and not react to vehicles driving by. By being on his own in this way, everything seems new to him and he sure takes his time about it. Watch how carefully he takes a step on a new surface and investigates unfamiliar objects.

A lot of the time, Taser wanted to walk into my  space for safety. This caused him to somewhat circle around ahead of me. I consistently encourage him to stand on his own and walk forward, so that he is listening to what is being asked of him.

The goal is to be able to ride Taser through these kinds of situations. So, he must be okay with new terrain and moving forward just by be asked to do so.

Watch the video of Taser’s first solo walk and let us how you think he did.